After our work to update my parents' house, I collected a few small scraps of the very fragile wallpaper we removed or painted over in the closets and pantry with the idea of creating a piece of art for my sister -- something that would preserve some of the ephemeral patterns, since she would not see most of them again. I eventually decided on the street address, using numbers and lettering I hoped would evoke the Craftsman Bungalow architecture of the house. When I picked the piece up from the framer, I was thrilled that she picked up on the mix of wallpaper patterns and fonts and asked if the house was in the Arts & Crafts style. 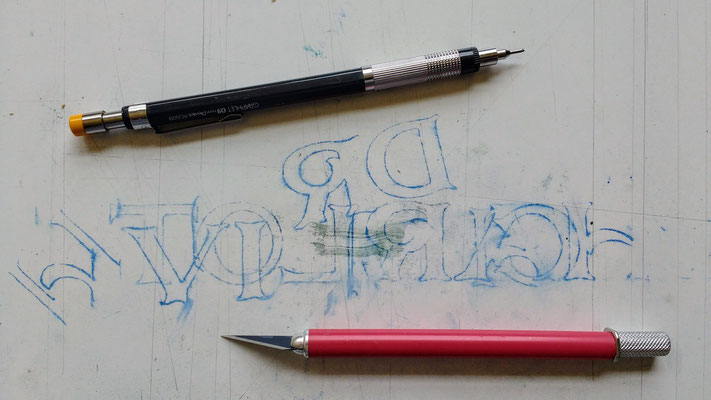 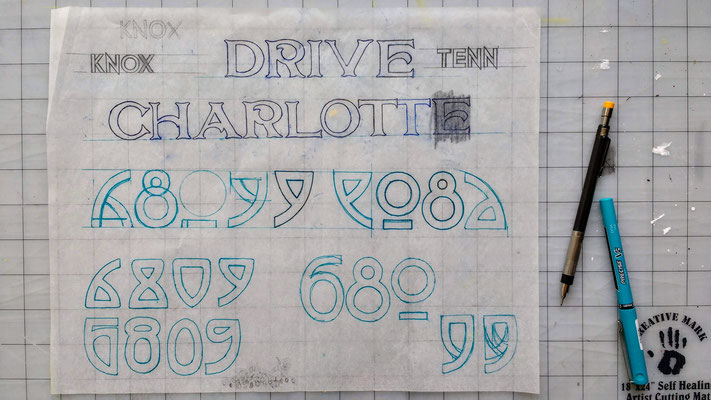 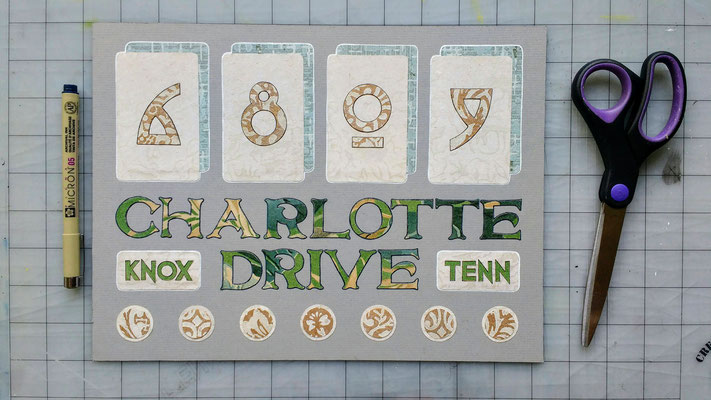