I started reading Doris Schattschneider's M. C. Escher: Visions of Symmetry a couple of years ago.  I still haven't finished it, in fact; but while I was living in New Zealand last year, I was inspired to delve deaper into the art and discipline of creating plane-filling patterns.  I like the idea of a pattern that fits together like a puzzle and continues indefinitely in any direction, but such patterns are hard to come by.

My first masterpiece in that direction was "Five Blew Away in the Parade," a repeating pattern of unicyclers, which I designed with a unicycling cousin's wedding gift in mind.  I purposely closed the pattern in three directions but wouldn't have had to.  See below for other variations (both in shape and color) of this theme.

The butterfly and flower pattern is based on a different kind of symmetry and so will not repeat itself indefinitely in any direction.  Nevertheless, the shapes do fit together like a puzzle, which pleases the puzzle doer in me. 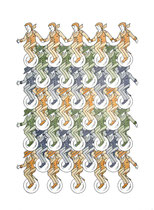 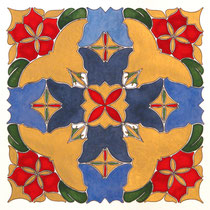 I've also included a symmetrical pattern I did in stained glass a few years ago.  A friend had tools and glass, which inspired me to try a pattern that wasn't nearly as simple as it appeared.  Many hours of work later (and with a new appreciation for the art) I had the following gift for my cousin Ben and his wife Franci.  Thankfully, the piece survived the flights and drive to Hastings, New Zealand.  It now resides in Christchurch, New Zealand. 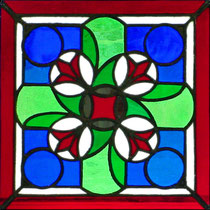 Over the last year I've created the following pieces of new (or revised) art with various exhibitions in mind for the Knoxville area.  The Tennessee Valley Unitarian Universalists have a very nice display area (where I exhibited November and December of 2011), Remedy Coffee has made a wall available to local artists (where I exhibited May of 2010), The Golden Roast hangs local art, and the Burlington Branch of the Knox County Library has exhibited my work before (and will gladly do so again). 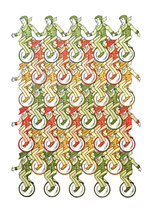 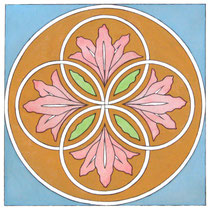 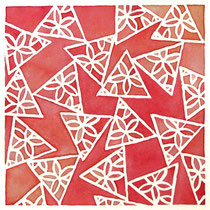 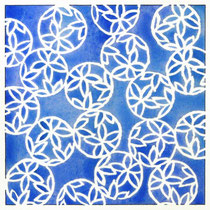 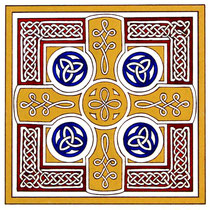 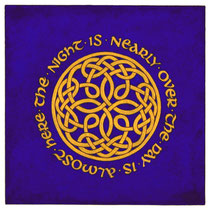 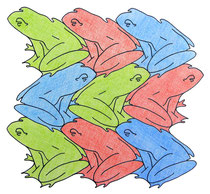