The largest mural I've painted to date was in an attic playroom that the client designed for his four grandchildren.  I was to paint a Tuscan landscape on all four of the sloped walls of the playroom and add the final touches to the play houses built into each corner of the room.  Because of the room's layout and the walls that sloped up to the ceiling, it was not only an acrobatic feat to paint the landscape but also a trick to get decent photos (and attempt to adjust the perspective in Photoshop).

Seen here are the second, third, and [soon] fourth walls.

Here are the houses Norm Carlevatto built into the corners of the attic playroom.  Twin grandchildren share a tunnel from the salmon-colored house to the green house, and the twelve-year-old got the taller house with a ladder to the carpeted "roof."  The framed windows are real; but the shutters, hinges, shadows below the shutters, and climbing rose (behind the ladder on the yellow house) are all painted illusions of reality. 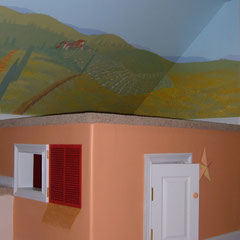 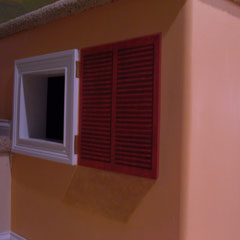 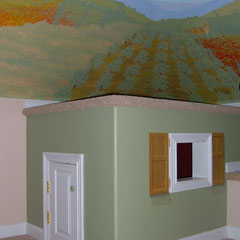 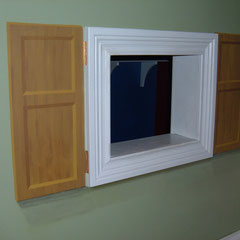 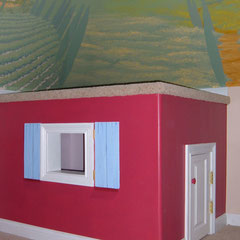 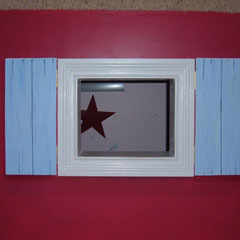 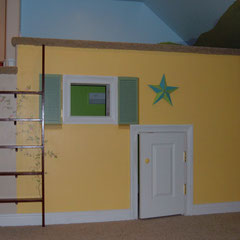 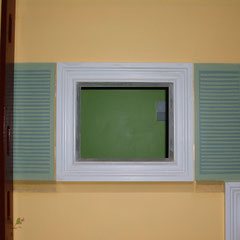