Another mural that turned out very well was (strangely enough) an almost life-size portrait.  The client's only daughter had recently married, had held the ceremony and reception at her parents' home, and in her old room her mom wanted a painting of the daughter on the wall.  This involved projecting a photo taken at the wedding and, eventually, a total re-do of the bride's face.  I had never met the daughter and faithfully represented the first photo, but the mother didn't think the expression on her daughter's face was representative.  A much better photo was found, the client painted out the first face (very carefully), and I managed to repaint the face without changing anything else in the mural.  The hardest parts were keeping the paint wet enough to paint the bride's face and thinning the paint enough for the veil. 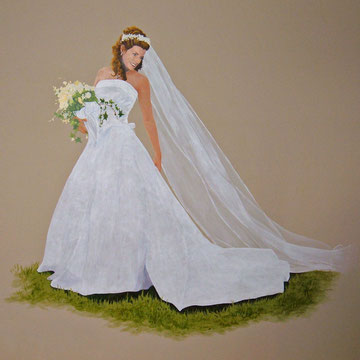 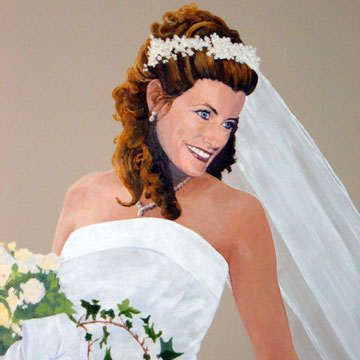