This is now the third MoonPie General Store in the world...located "just down the road" from me in Pigeon Forge, Tennessee.  If you grew up on MoonPies and RC colas, this is the place to stop on your way to the Great Smoky Mountains.  Alas, the price has shot up from the original five cents each, but they've got all the flavors out there...fresh from bakery in Chattanooga, where the brand originated in 1917.  This MoonPie General Store shares space with five other old-fashioned shops and with the original Book Warehouse.  Official Grand Opening is May 11th in conjunction with the Dolly Parade.

So what was my role in all of this?  Creating two murals, one of which had to match existing murals at the two other MoonPie General Stores (Chattanooga, TN, and Charleston, SC); and eight rustic-looking signs that hang throughout the General Store side of the building, two of which had to match existing signs and logos.  I may still update the Book Warehouse signs to "match," but here's what we've got so far. 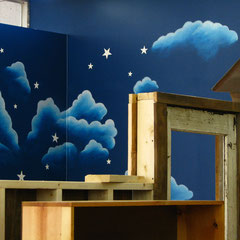 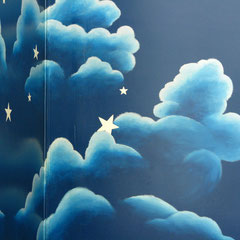 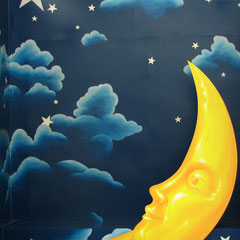 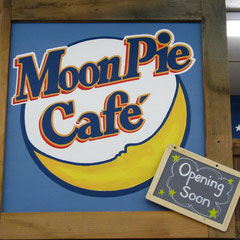 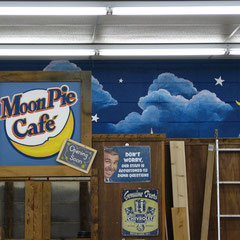 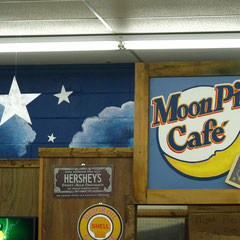 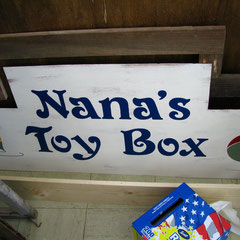 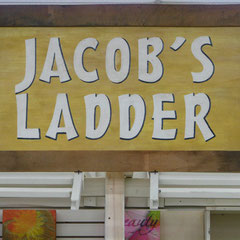 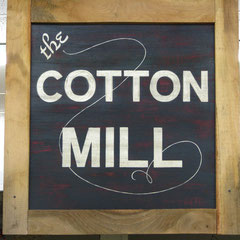 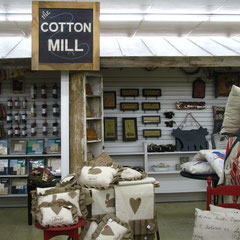 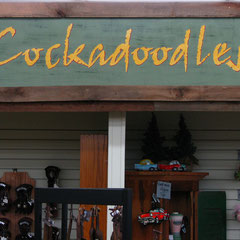 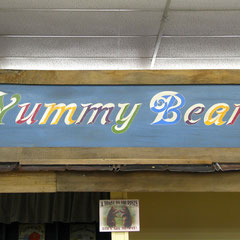 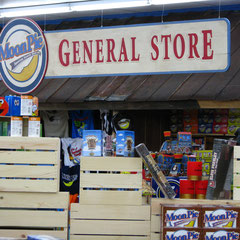 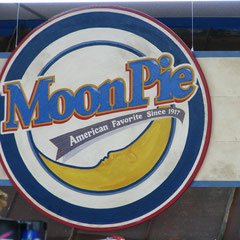 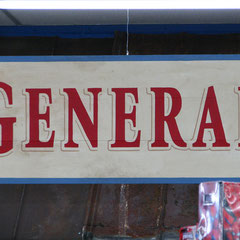 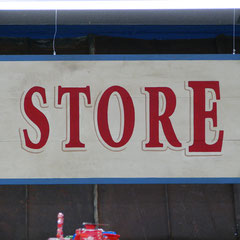 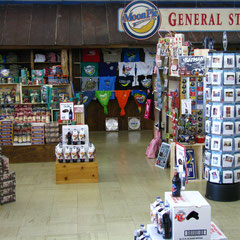 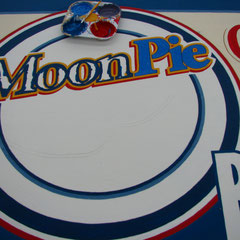 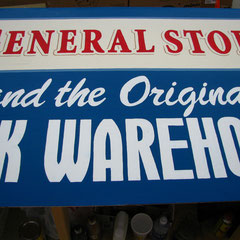 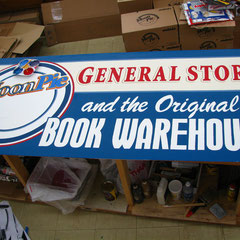 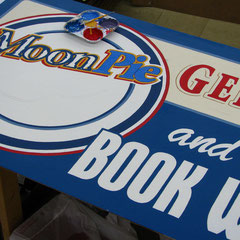