Originally, I had planned to make art with beet juice; it's been a longstanding idea of mine every summer when we have fresh beets from the garden leaving vivid juice on my plate at the end of a meal. I usually play with it a bit before I get up from the table. The idea to paint with the juice had promise, but I was impatient and didn't let the beets cook down (and color intensify) as much as I should have. The color on my panel was much more subdued than the intensity I had pictured. I then tried blueberries cooked down with just a little baking soda (to preserve blue but avoid grey or green), which totally washed out the pale magenta already on my panel from the beets. Then, to see what would happen, I washed off the majority of the blueberry, leaving the pale color you see to the left. The blueberry seed specks disappeared but also the intense, and slightly variegated, blue. I outlined the "Flower of Life" motif in gold, painted over the beet juice with white ink, & added ginkgo leaves to lend the whole an Art Nouveau feel. 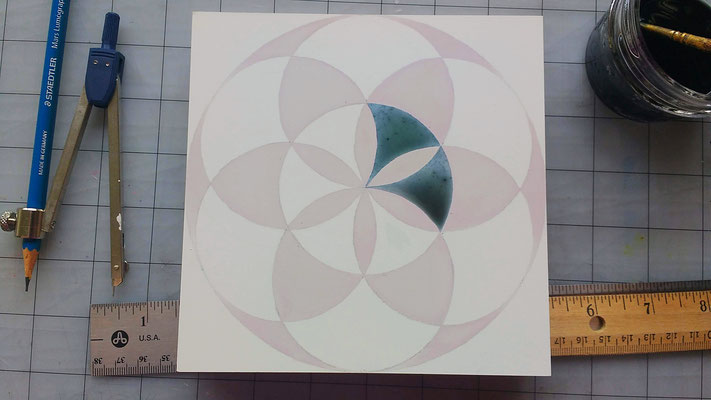 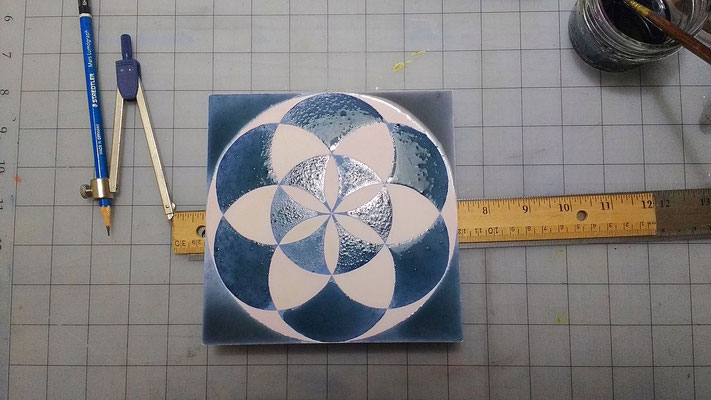