A Portrait in Oil | John and Phyllis Stone

Late summer of 2017, a long-time member of Berean Bible Church in Knoxville, Tennessee, called to ask if I knew of anyone locally who could do a portrait of the pastor emeritus and his wife, both of whom had recently died of pancreatic cancer. I didn't know any portraitists off-hand but looked into it enough to see that prices were high and likenesses and/or backgrounds not outstanding. I tentatively offered to do the portrait myself (if they were interested) for the following reasons: 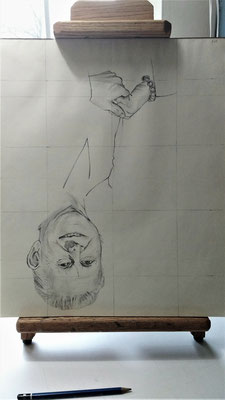 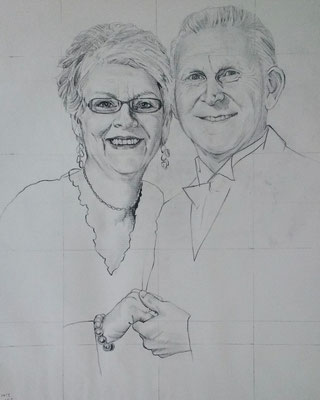 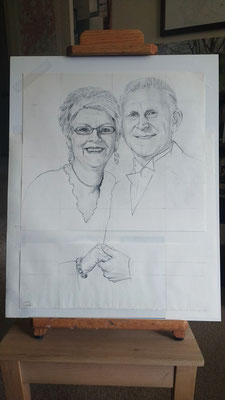 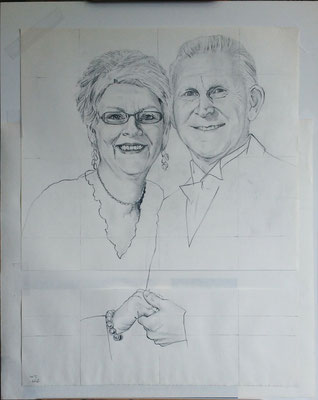 Before I even started on the preliminary sketches, I pulled together about 6 photographs of the Stones from over the years and created a Photoshop collage of all the best features of each...hair styles and colors, suit vs. tux, glasses vs. none, neckline of Phyllis' dress, jewelry, placement in relation to each other...and a particular photo of them holding hands that was key to the commission. Amazingly, they often stood in about the same position for photos, and the lighting was similar in several, so I had a pretty good image to work with in the end.

I'll spare us all the first two or three quick rough sketches I did. In the first, their features were all out of proportion and not like them. Later, there was a point at which John looked slightly like George W Bush and a different point at which Phyllis resembled Laura Bush. At least I have the excuse that I was looking up V-neck dresses, particularly of a style that might have suited either woman, as I tried to nail down the dress I'd paint Phyllis in. The last rough draft is shown above. In order to focus on exact proportions without distracting myself with assumptions about the placement of their features, I drew them up-side-down -- a known aid to accurate representation. I still miscalculated on the placement of their hands, needing to lower them a couple of inches before I started on the final drawing on canvas (well, Ampersand gessobord to be exact).

Drawing the Portrait on Gessobord 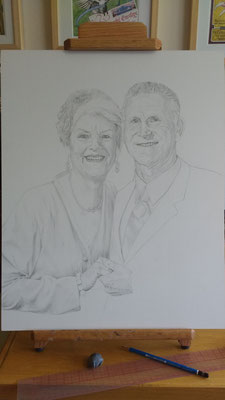 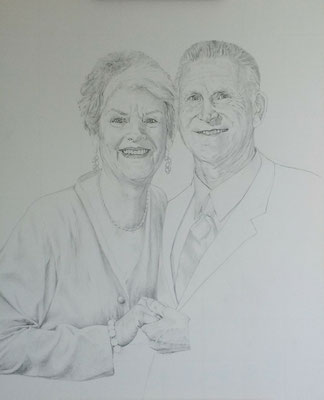 My intent all along was to draw a detailed portrait on gessobord, then do thin layers of paint (glazes) over the graphite, so that the darks and lights of the drawing underneath would provide dimension and solidity, not to mention points of reference, for my painting. This worked up to a point, but in areas where I needed thicker paint or a brighter or darker area than the drawing allowed, I had to abandon the glazing idea. Glazing worked best on their skin, not their clothing, the drawing a great reference point for their hair.

Glazing and Painting: A Progression of Images 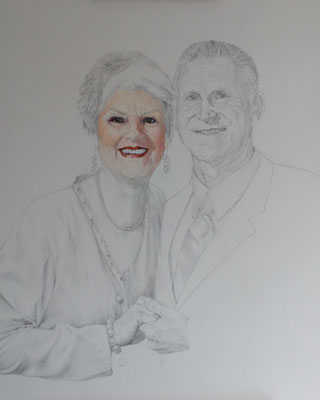 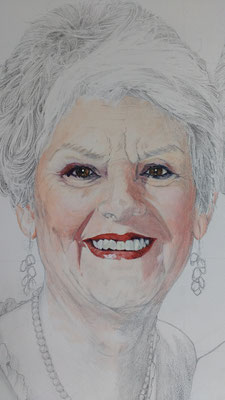 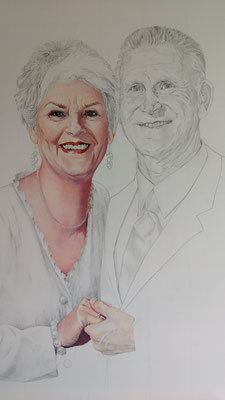 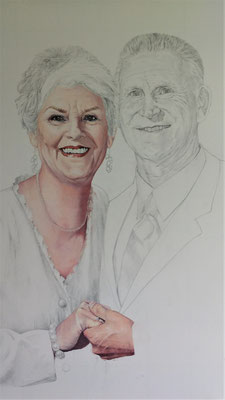 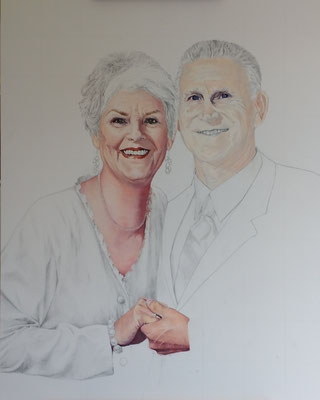 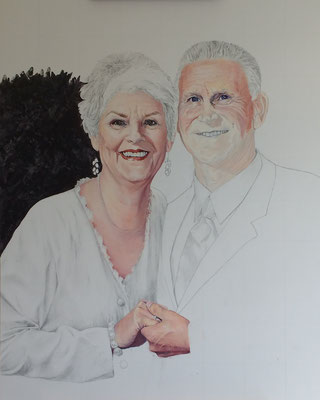 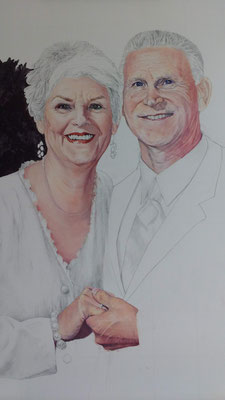 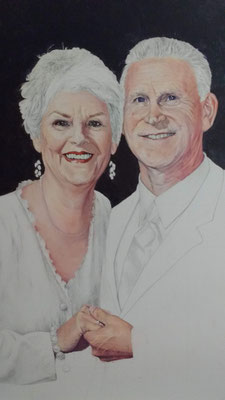 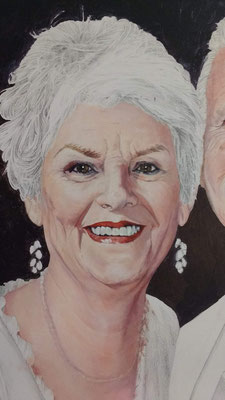 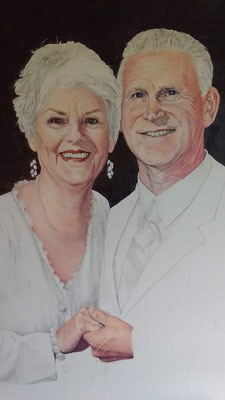 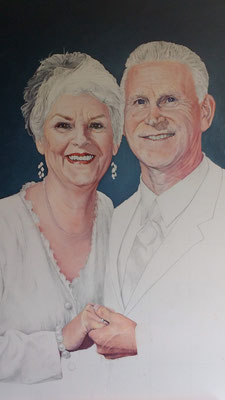 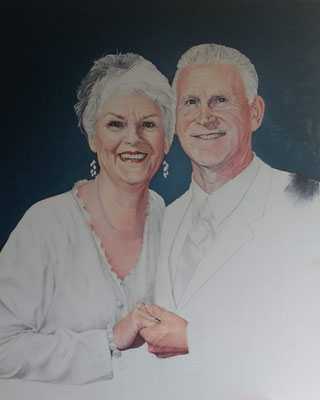 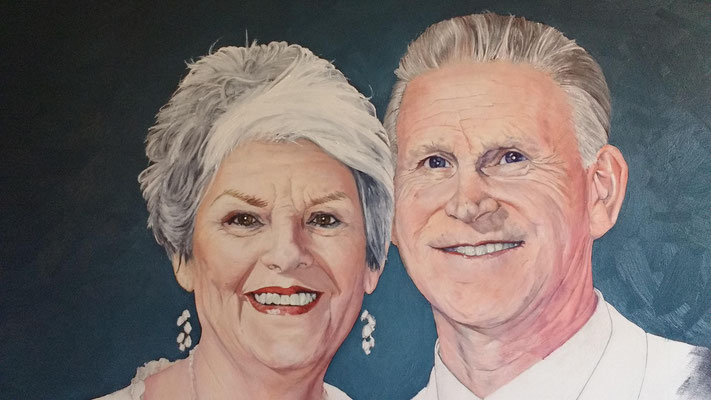 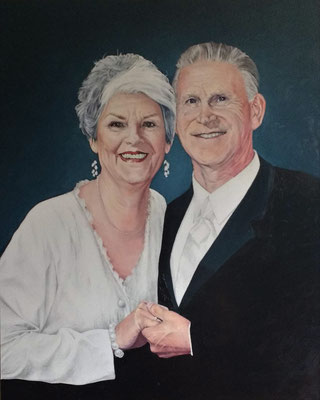 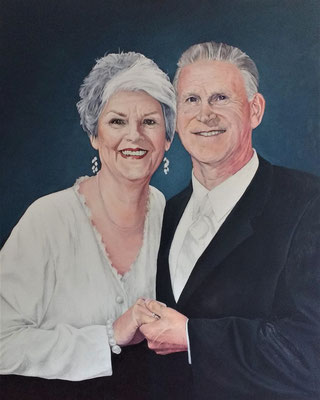 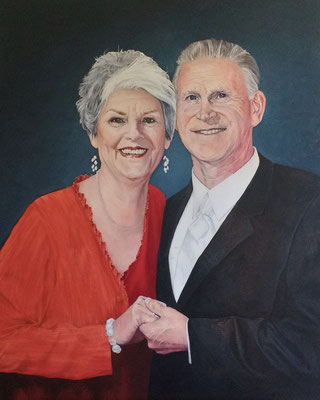 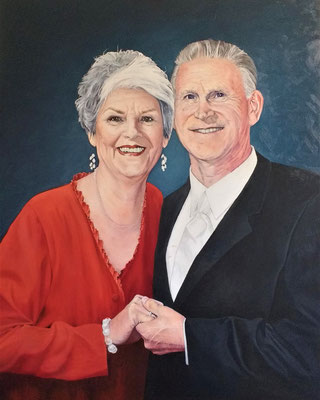 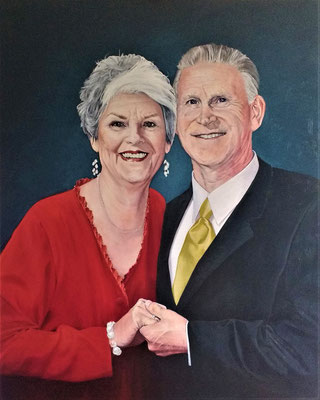 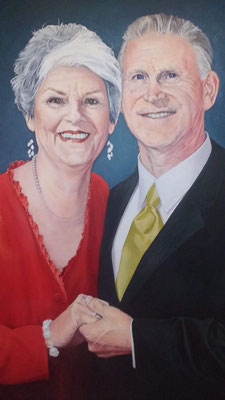 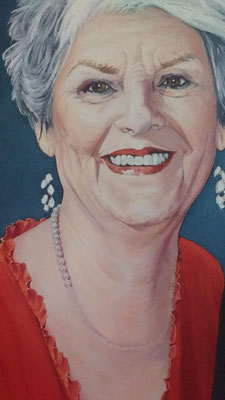 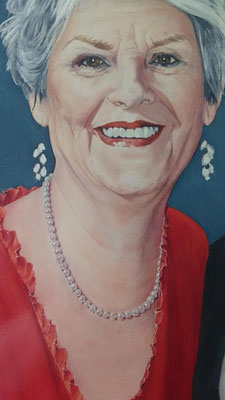 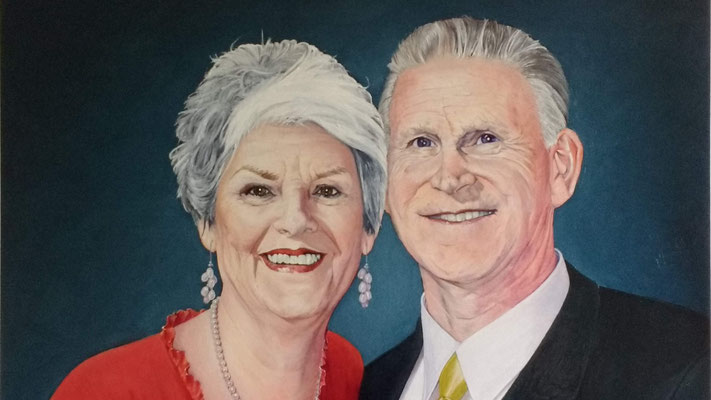 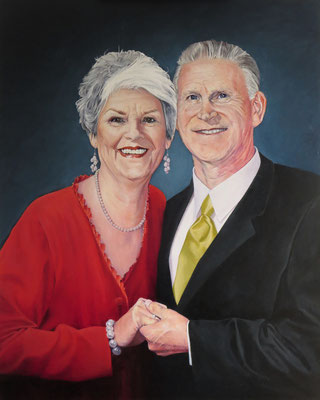 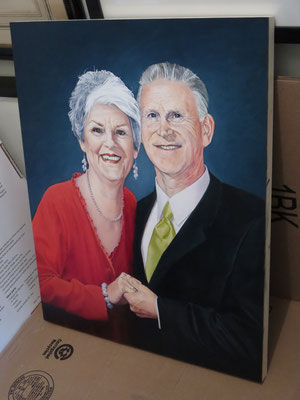